Necklace Shakes You Awake
Next
Set of
Related
Ideas 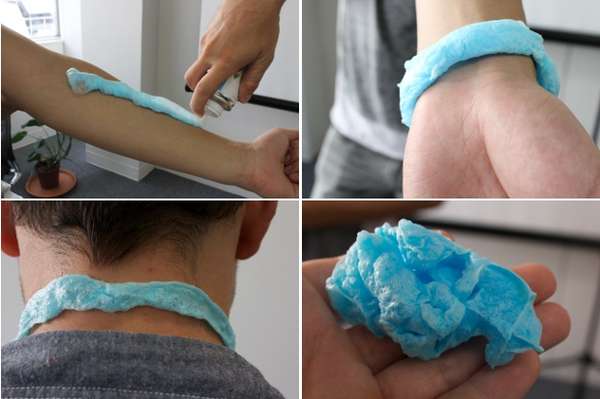 The idea is simple: the cans release a chilling foam, which can be applied anywhere on the body. Eventually the foam hardens -- maintaining its cooling properties -- and can be worn like a wristband or made to look like body graffiti.

The reason for this bizarre idea’s sudden fashionability? ‘Setsuden,’ a word which roughly means energy-saving, has become a national priority among the Japanese, especially in light of the recent instability caused by the Tohoku earthquake in March.

So instead of blasting the air conditioning all summer, maybe we should take a cue from the citizens of Nippon and start economizing our energy use. Unfortunately, Japanese summer cooling sprays haven't caught on elsewhere in the world; however, it’s only a matter of time before we’re all spraying this silly stuff around!
6.3
Score
Popularity
Activity
Freshness
Attend Future Festival Virtual