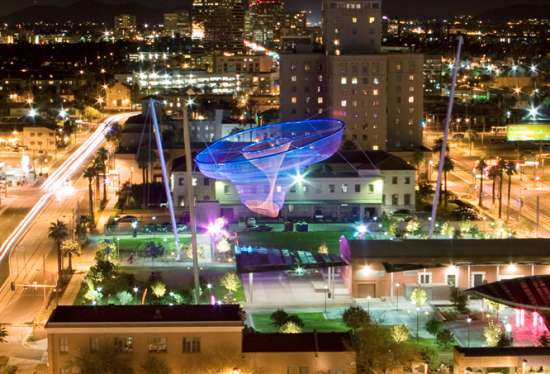 Janet Echelman's Art is Inspired by the Forces of Nature

Unlike any sculpture I have ever seen before, Janet Echelman's art installations look like the forces of nature that they were inspired by. From wind, water and light, each sculpture takes on an organic form that nevertheless looks quite futuristic as well.

Combining ancient craft with cutting-edge technology, Janet Echelman creates permanent sculptures that are at the scale of buildings. I swear that if you came across any one of her creations, you would instantly become lost in its mesmerizing depths.
6
Score
Popularity
Activity
Freshness
Attend Future Festival