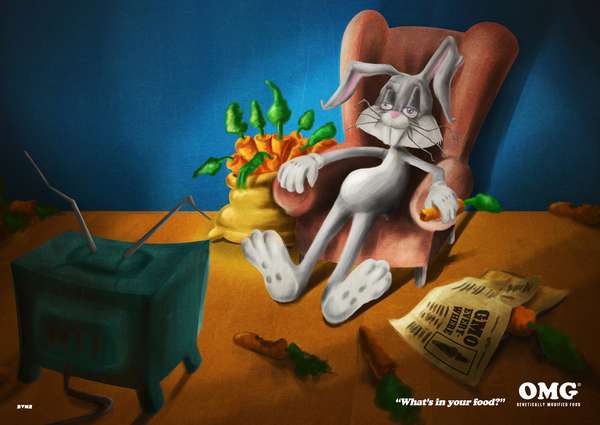 Jason Soy — February 16, 2012 — Marketing
References: behance.net & blog.thaeger
Share on Facebook Share on Twitter Share on LinkedIn Share on Pinterest
Bugs Bunny, Popeye and Winnie the Pooh have never looked as bad as they do than in these James Voon illustrations, but at least it’s for a good cause. Rendered for a student project, Voon wanted to produce posters to promote awareness of genetically modified foods. He’d hope that, by employing friendly cartoon characters to help spread his message, people would demand food companies be more transparent about the types of produce they sold.

James Voon also accompanied each sad depiction with anecdotes to further invoke pathos among viewers. Bugs is characterized as being depressed, Winnie sits worriedly contemplating whether or not he should have another handful of honey and, worst of all, Popeye is bedridden with IVs as he rejects his canteens of spinach. The images are quite shocking to say the least.
5.6
Score
Popularity
Activity
Freshness
Jeremy Gutsche Keynote Speaker