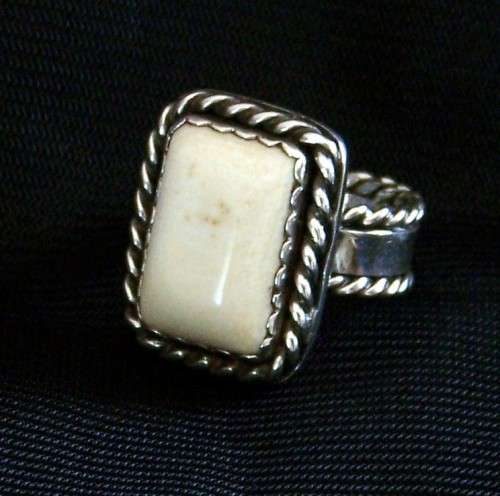 The most amazing piece of jewelry you’ll see is this featured ring, designed and created out of mammoth tusk. This piece is estimated to be 30 millions years old -- give or take a few.  It was found in Siberia during a thaw by a group of hunters.

Having learned and developed his craftsmanship at his own work bench, James Oliver's style evolved into something that can be described as classic American with a western swing.
3
Score
Popularity
Activity
Freshness