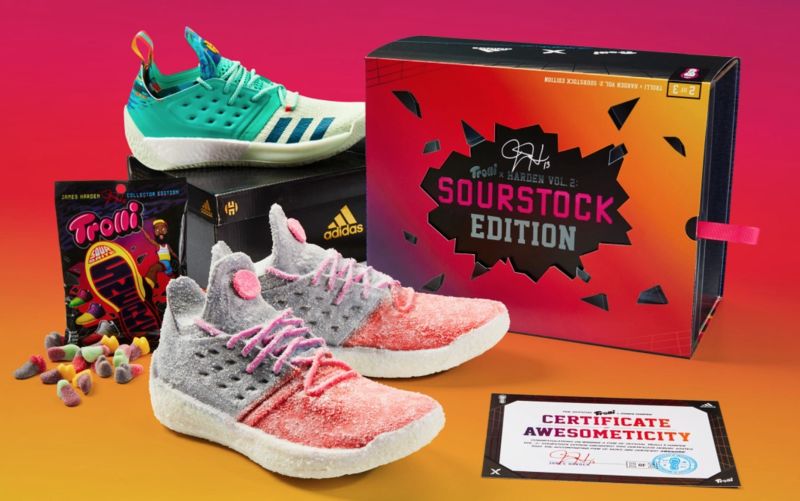 Much of Trolli's marketing centers around NBA star James Harden, which is why the brand wanted to honor his recent MVP award. To do so, the brand created am exact replica of James Harden's shoes, made entirely out of gummy candy. Each shoes combines raspberry, strawberry, lemon, and blackberry gummy flavors, for a total weight of nearly 12 pounds.

For those interested in purchasing the gummy shoes, the sour sneaker are going for $2,677 per pair on Amazon.com -- a price that reflects the number of points Harden scored last season. All the proceeds from the sale will then go towards the star's charity, 3 The Harden Way.