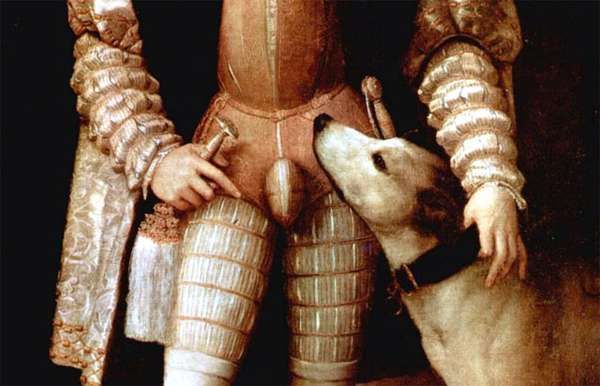 lourdes sanchez bayas — February 28, 2008 — Pop Culture
References: eternallycool.net
Share on Facebook Share on Twitter Share on LinkedIn Share on Pinterest
Italy has passed a law that says that men cannot touch their private parts in public. Yes dudes! When you travel to Italy remember to keep your hands from wandering into your genitalia or you'll face criminal charges for excessive crotch grabbing.

The ban was extended to apply in cases the Eternally Cool magazine refers to as "superstitious pre-emption" [sic]crotch grabbing. You see, in Italy, when a man sees a hearse roll by, he grabs his crotch to ward off bad luck. Eternally Cool further adds, quoting the penal division of the Rome court that made the ruling that..."(excessive manual visits to your privates) has to be regarded as an act contrary to public decency, a concept including that nexus of socio-ethical behavioral rules requiring everyone to abstain from conduct potentially offensive to collectively-held feelings of decorumâ€.

What will Michael Jackson and serial crotch-grabbing hip hop artist do when they perform in Italy? Would this ban apply to them as well? If so, would they have to ask for a special waiver on the grounds that grabbing themselves during performances is in and of itself a sublime artistic expression? What if it's a woman like, lets say Madonna who has been known to pay visits to her genital area during performances, who breaks the "don't touch that" law? This is a huge decision by the Italian courts that might have widespread implications and ramifications. I will keep you posted on this groundbreaking, ball-busting turn of events.