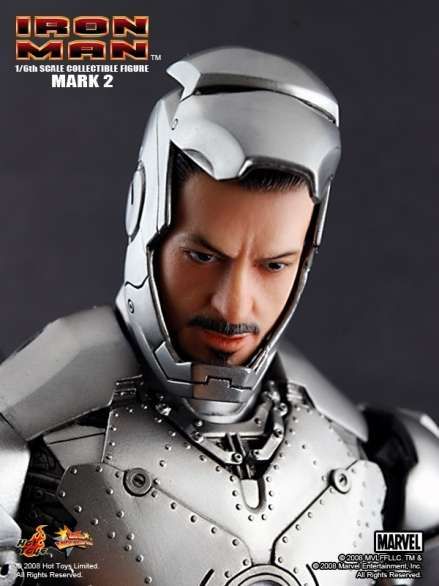 TechnoGadget — September 15, 2008 — Lifestyle
References: slashfilm
Share on Facebook Share on Twitter Share on LinkedIn Share on Pinterest
Are you a fan of Iron Man? If you can't get enough of the protective suit and armor that engineer Tony Stark created, you only have to wait a little longer. Hot Toys is releasing their collectible Tony Stark’s Iron Man prototype suit in a 1:6 scale.

Hot Toys announced they would release a replica of the suit by winter. The figurine has over 36 points of articulation like metallic paint, articulated flaps on the back and the legs, light up eyes and heart, three interchangeable hands and a working forearm missile. In addition, it comes with an alternate head that features a rising face plate that reveals Iron Man'’s identity, Tony Stark, who was played by actor Robert Downey Jr. in the movie.

Aside from the protective suit, the replica includes a small arc reactor, “proof that Tony Stark has a heart”.
3.8
Score
Popularity
Activity
Freshness
Attend Future Festival