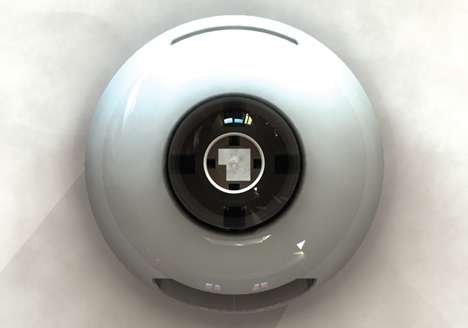 NOT ANYMORE!!! Instead of carting around bulky systems to your friend's house, you can carry the Iris Video Game System with you.

The design by David Jones allows for multiple systems to run at once on projector screens coming from the system. Iris can project up to four screens and 16 players (WOW).

The dome-shaped system conveniently sticks to any surface using an advanced gecko dry adhesive material. That’s not all, the controllers are gloves that use accelerometers in the fingertips to control any game play (could be slightly flawed, but also awesome).