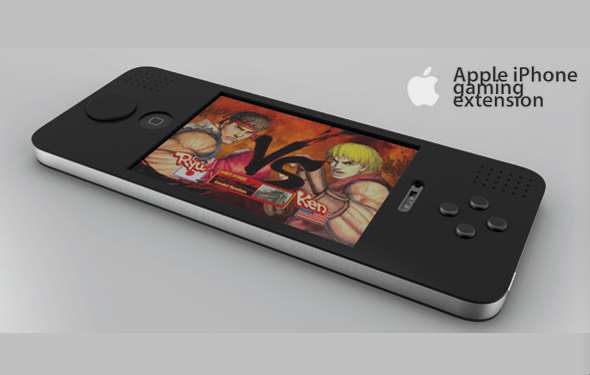 The iPhone Gaming Extension is a Nerdy Necessity

Amelia Roblin — May 14, 2011 — Tech
References: yankodesign
There are countless applications for smartphone entertainment, but most have been waiting for the iPhone Gaming Extension, which will allow the player increased interactive capabilities.

The Gaming Pod gadget is fundamentally a hi-tech case for your handset, which connects to the port in your cellphone to feed the extra buttons it's got built into the cover. You'll find that the shape of your mobile would also be lengthened to accommodate the extra controls. The whole package provides the user with more options for in-game command inputs, and the increased surface area makes it easier to hold with both hands.

The Apple iPhone Gaming Extension also has its own speakers and separate microphone jack. The concept demonstrates that its sleek but durable components won't even add any bulk to your smartphone.
4.9
Score
Popularity
Activity
Freshness