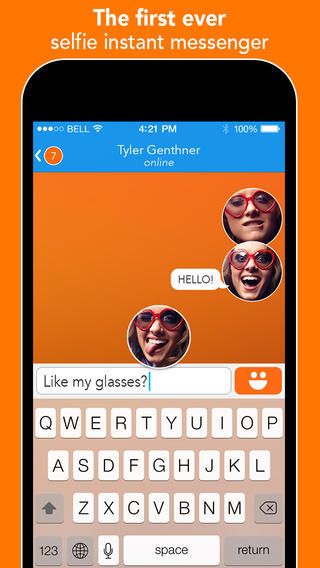 Laura McQuarrie — June 28, 2014 — Tech
References: itunes.apple & techinasia
Share on Facebook Share on Twitter Share on LinkedIn Share on Pinterest
If you're someone who frequently expresses themselves in emojis, something new and fun to try is the React iOS messenger app, which turns your selfies into expressive stickers to send to friends. Now, you'll be able to have entire photo conversations using your own face—hopefully you've got an expressive one.

As well as selfies, with the in-app camera, users can snap and send double-sided photos, which capture still images from the camera's front and back, so that your friends never miss a beat. The app is almost Snapchat-like, in the sense that the selfie conversations will disappear after some time when replaced by newer selfie stickers.

The React app has become quite popular in Asia, Brazil, Malaysia, the Philippines and the United States since it first launched and now, it's being introduced to Japan.
2
Score
Popularity
Activity
Freshness
View Innovation Webinars