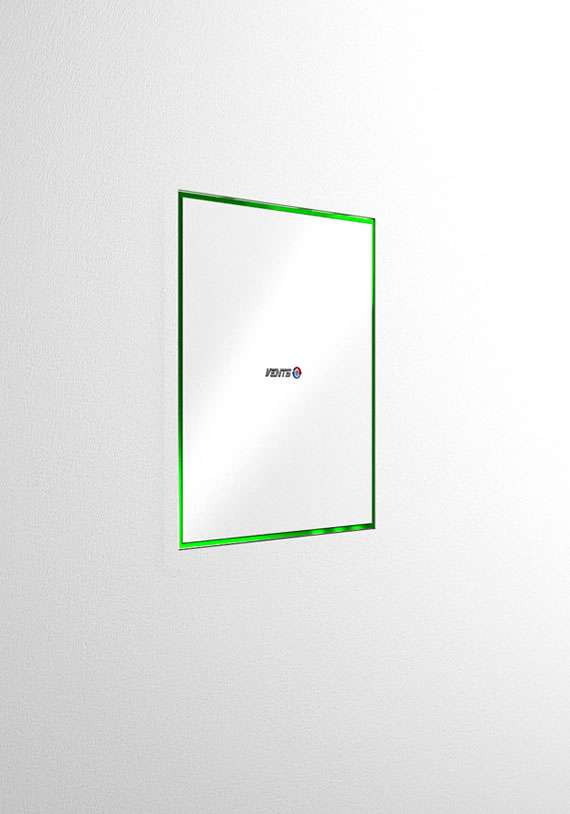 Ana Lopez — December 4, 2011 — Art & Design
References: behance.net & gizmodiva
Now it's possible to combine great temperature with beautiful design, thanks to the wall-mounted fan design called The Invisible by Michael Samoriz. This refreshing product has the ability to pass unnoticed because it hides on surfaces. By appearing as another tile on the wall, this air cooler magically appears or disappears from walls to keep rooms cool.

The fan consists of a LED light, with the purpose to signal where the air conditioner is. Then, when the product is turned on it pops out of the wall to refresh rooms, and once it's switched off it pops back, blending itself with the surface. The air is released from side slots, which helps to keep the design clean.