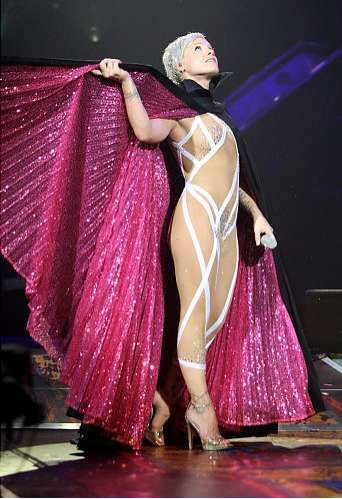 The above gallery shows celebrities who took an intergalactic spin on their stage wear. Some are subtle, but many are unexpected super spacy couture pieces.

Implications - By being able to expand traditional costumes, performers are differentiating themselves from other people in the entertainment business. Although it can be argued that many pop senstations produce similar records, by being able to change up their appearances, performers as well as businesses can remain constantly evolving and stay ahead of their competition.
4.7
Score
Popularity
Activity
Freshness
Get the 2021 Trend Report FREE