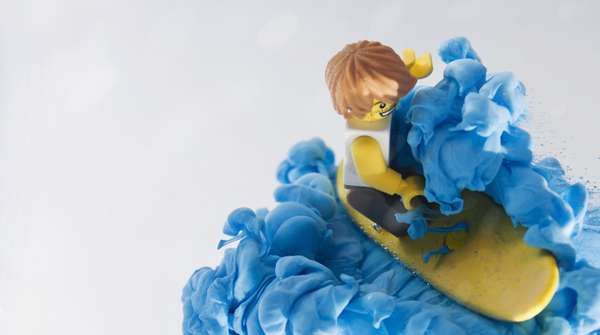 Meghan Young — July 15, 2011 — Fashion
References: burdu976 & neatorama
Share on Facebook Share on Twitter Share on LinkedIn Share on Pinterest
The Ink Riders series is so well-executed, I found myself wanting to believe, just for a second, that this LEGO minifig was actually surfing some pretty epic waves. Of course, that's not possible even in our most wildest dreams (this isn't 'Toy Story,' though I would be surprised if this series was inspired by that film franchise).

Shot by Italy-based illustrator and graphic desiger Alberto Seveso, the Ink Riders series plays on his fascination with ink clouds in waters. Although he has previously concentrated on the careful formation of these clouds, it seems that after much practice, he has decided to create a more purposeful portfolio with Ink Riders.