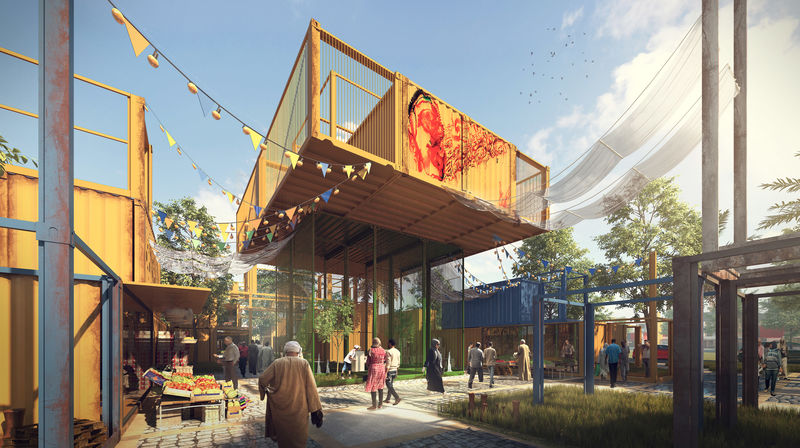 Architects Offer Shipping Containers for an Informal Settlement in Egypt

Kalina Nedelcheva — May 6, 2019 — Eco
References: sheltainer & dezeen
There is an informal settlement in Egypt, currently occupying a four-mile-long graveyard in Cairo. It has been reported that between 500,000 and one million people live "in makeshift homes between the tombs" in the Cairo Necropolis (also known as 'The City of the Dead').

In a bid to contribute to the quality of life of these people, architects Mouaz Abouzaid, Bassel Omara and Ahmed Hammad propose a micro-housing initiative that utilizes shipping containers. This form of architecture has become increasingly popular within the industry due to its compactness, modularity, and affordability. The layout boasts "eight homes built around a central courtyard with a tower in the center." Dubbed 'Sheltainers,' the proposal was named the winner in the WAFX Ethics and Value category of the World Architecture Festival.
8.4
Score
Popularity
Activity
Freshness