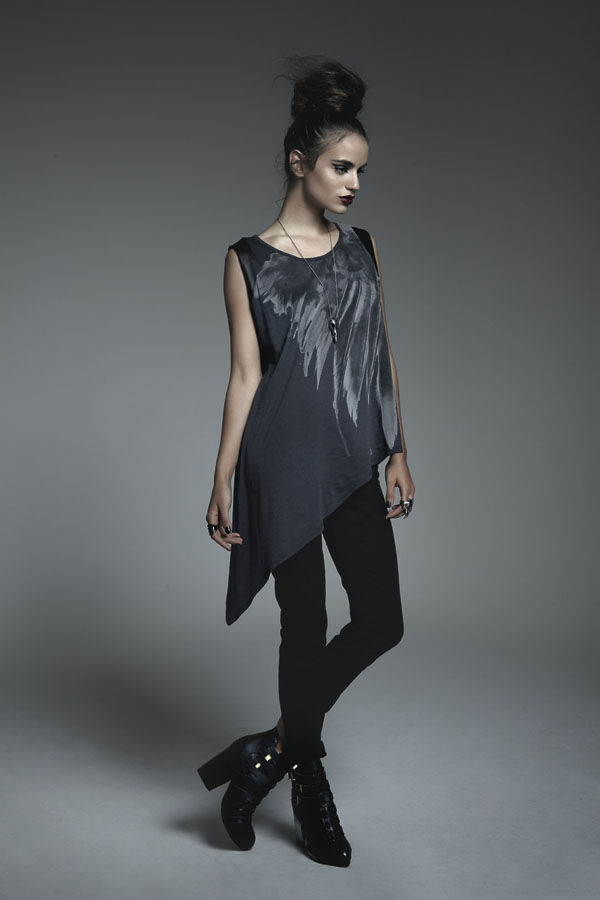 Neha Soni — April 21, 2014 — Fashion
References: dailydot
Dark, sexy and ominous seem to be all the rage these days, especially with Hot Topic introducing a new Maleficent influenced fashion line. The edgy pop culture-inspired apparel retail chain partnered up with Disney and introduced this limited edition clothing line in recognition of the upcoming film, set to release May 30th.

Showcased at Disney Studios in Los Angeles, the Disney couture is subtle but it features strong elemental influence of the mysterious antagonist. Most Disney influenced fashion lines seem to have blatant representation on their pieces. This particular line, however, goes beyond pop culture-inspired t-shirts and delivers true pop culture-influenced fashion. It has a gothic-chic approach with pieces that have lace and leather detailing, interlaced corsets, asymmetrical cuts, and even an obviously villainous high-collared dress. While keeping things modern, there is a mythical and almost medieval appeal to the design of each item -- the essence of the dark and enigmatic Maleficent is captured in a latent yet unmistakably sinister manner.

Along with the highly-anticipated movie, the collection will be available exclusively at Hot Topic stores and online in May.
4.4
Score
Popularity
Activity
Freshness