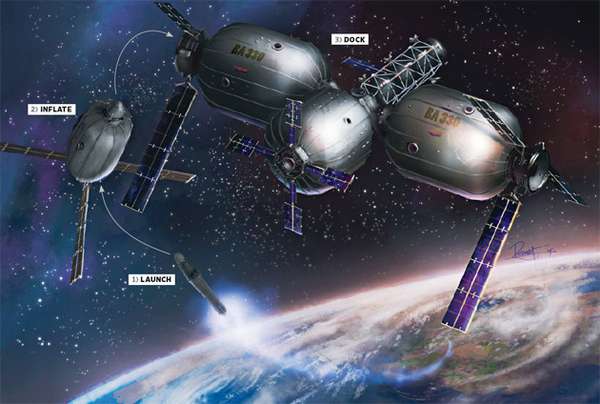 Bigelow Aerospace is working on "an inflatable space station, to be precise a massive bouncy castle meant to expand when it gets into orbit," Wired magazine said. "It will be the first privately owned destination in space, and Bigelow proposes to rent it out as an orbital research lab, a training facility, or even a tourist hotel."

Before you dismiss Robert T. Bigelow as another super rich guy that's watched too many Star Trek episodes, know that he has two scale prototypes circling the earth right now. Genesis I and II were launched in the last 16 months from Russia, and photos taken from them can be viewed at the Bigelow Aerospace website.
3.5
Score
Popularity
Activity
Freshness
Attend Future Festival