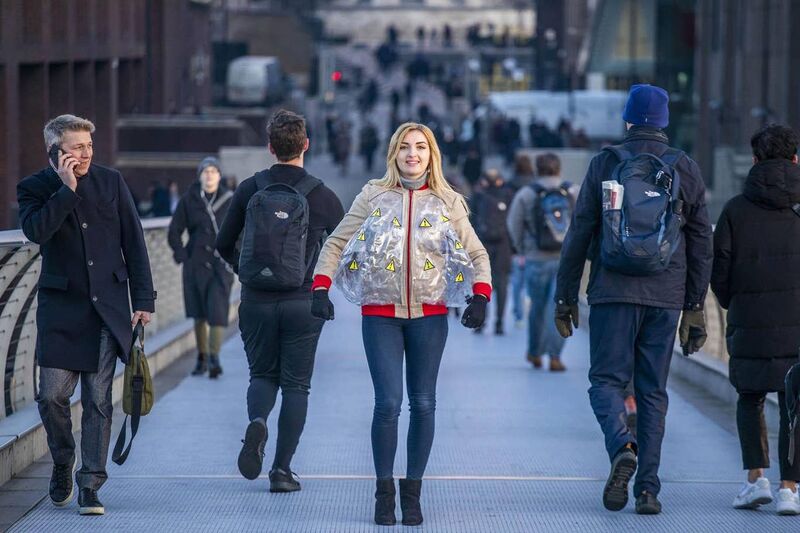 The Space Optimiser Can Be Inflated Via an Electric Pump

The inflatable jacket is dubbed the 'Space Optimiser' and is made by Leonardo Hotels who has released a video that demonstrates the wearable innovation at work on the London Underground. The garment ensures "an 18-inch exclusion zone" which is considered to be "the minimum measurement of what is considered 'personal space' according to experts in proxemics."

Although currently just a prototype, the hotel chain plans to potentially release the inflatable jacket for use if there is a demand for it. If consumers are interested in the Space Optimiser jacket, they need to tweet #SpaceOptimiser to @leonardostpauls, @leonardoldncity, and @leotowerbridge.