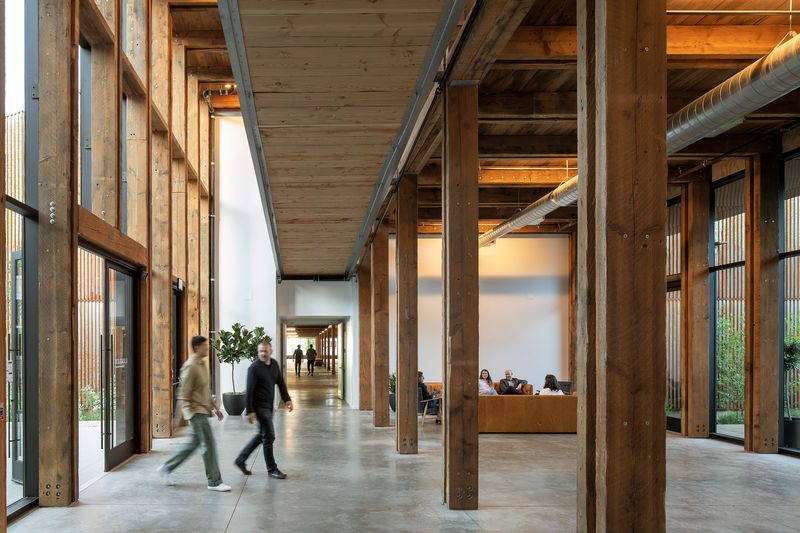 The two buildings in question are factories that were utilized by a hay bale manufacturer in the 20th century. The project is titled 'Redfox Commons' and the newly developed spaces will be used as "a speculative office complex for creative tenants."

The materials that the local architectural practice used during the refurbishing process are original timber and weathering steel. In addition, while curating the layout and aesthetic of the industrial creative workspaces, Lever Architecture also paid close attention to balancing chic contemporary sensibilities with the distinct heritage of the two factories.