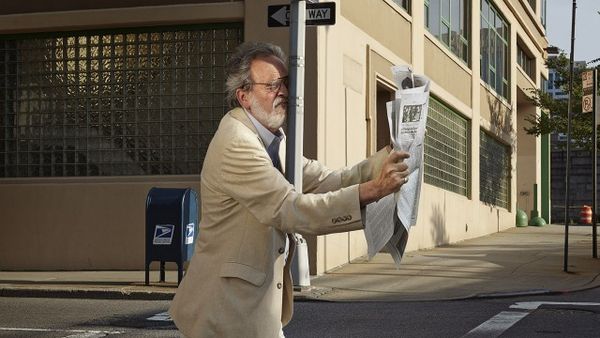 In Depth by Romain Laurent is Entertainingly Surreal

Meghan Young — November 18, 2013 — Fashion
References: romain-laurent & fubiz.net
Share on Facebook Share on Twitter Share on LinkedIn Share on Pinterest
At first glance, the photo series titled In Depth by Romain Laurent, a French photographer based in Brooklyn, New York, looks as though it simply revolves around a few accident prone individuals. As entertaining as that would be on its own, upon closer inspection it becomes abundantly clear that his surreal signature touch is in full effect here as well.

Essentially, In Depth by Romain Laurent revolves around one very pesky lamp post that gets impossibly in the way of three people. First, a man walks right into it, which is strange since he's across the street. Then a cyclist gets his bike wrapped around it in an unexpected way and finally a woman's purse is looped through it. In general, all of the images revolve around the idea of depth.
3.7
Score
Popularity
Activity
Freshness
Get Better and Faster