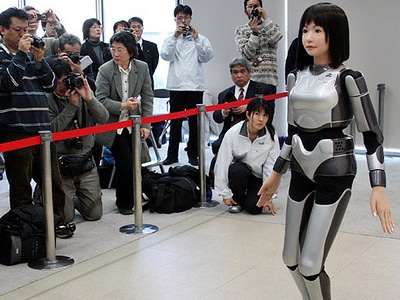 Jessica Marcel — September 25, 2009 — Lifestyle
References: telegraph & businessinsider
Immortality could be just around the corner, according to futurist Ray Kurzweil. Nanobot technology, he says, will keep our organs going indefinitely. That could make death an avoidable fate.

We’ve all thought about immortality, but the actual possibility would definitely change the conversation. Do you want to live forever? According to Ray Kurzweil, you’ll have the option in the next 20 years.

This sounds like the plot for a sci-fi film, but rapid advances in nanotechnology are opening new doors in science. Beyond immortality (as if there is such a thing), Kurzweil also points to the possibility of superhuman stamina and computer-like mental capacity.
2.3
Score
Popularity
Activity
Freshness