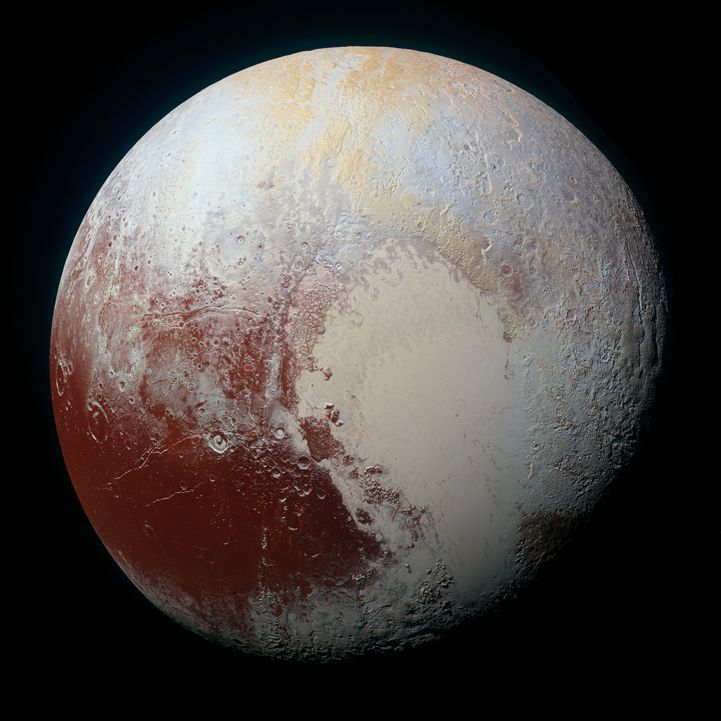 These extremely vivid and detailed photographs of the dwarf planet show Pluto like we have never seen before. To achieve such stunning images, a Ralph/Multispectral Visual Imaging Camera (MVIC) was used on the New Horizons Space Probe. This past summer, the space probe made history by coming 7,800 miles away from Pluto, the closest it has ever been.