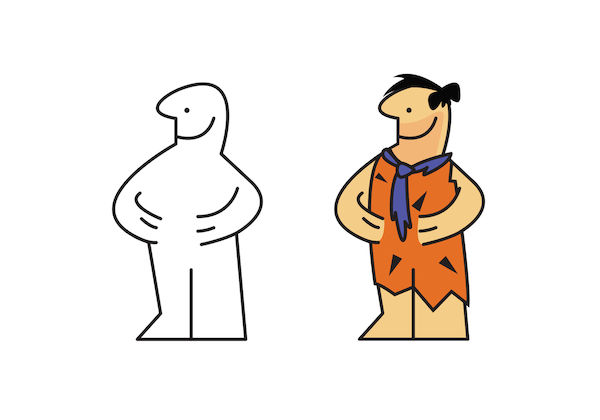 Alyson Wyers — November 13, 2014 — Pop Culture
References: sedkialimam & designtaxi
Share on Facebook Share on Twitter Share on LinkedIn Share on Pinterest
Selki Alimam took the IKEA man, the one that appears in the self-assembled furniture brand's instruction manuals, and re-imagined the black and white logo as different characters from pop culture. This includes The Flinstones, The Simpsons, Teenage Mutant Ninja Turtles, The Smurfs and Spongebob Squarepants. Based out of Uppsala, Sweden, the graphic designer even created a minion version from Despicable Me.

According to Alimam's website, the IKEA Man series used the man's outline as a template and used that to represent different cartoons "through the limits of symbol" while still maintaining its original vibe. The chosen cartoon characters were some of the artist's favorites .