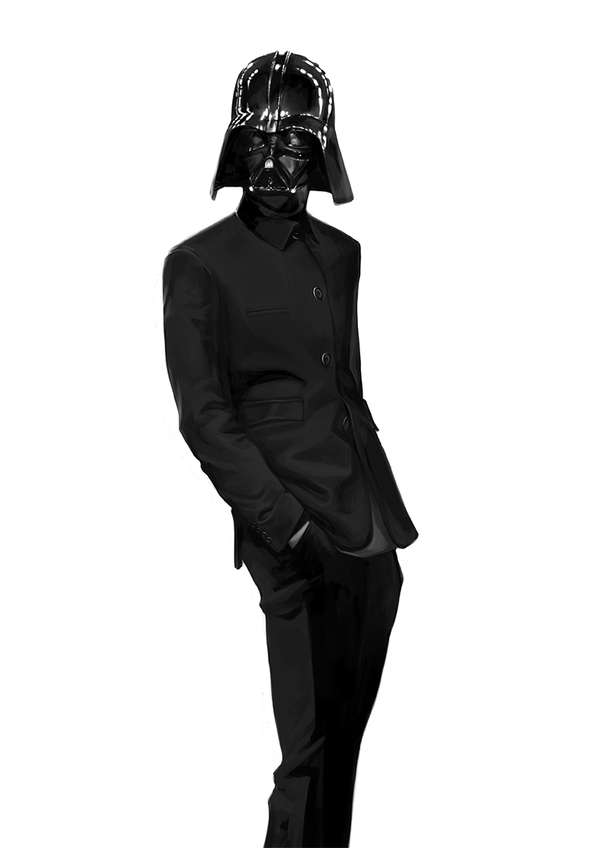 This Ignasi Monreal Series is Nerdy and Dapper

Josh Triantafilou — June 11, 2012 — Fashion
References: ignasimonreal & behance.net
Share on Facebook Share on Twitter Share on LinkedIn Share on Pinterest
Ignasi Monreal is a Madrid-based digital artist and illustrator who combines a savvy fashion sense with pop culture references to produce amusing and interesting illustrations. His work featured here, titled 'Black & White,' is a telling example of this style.
For instance, in one picture a man adorned in a sleek, black suit wears a Darth Vader mask and looks casually out of frame. It almost looks like a GQ magazine cover.

Often pop cultural tropes and high fashion are worlds apart, but as Monreal shows, this need not be the case. Goth and punk fashion were once quite fringe, but have long since crept their way into the mainstream. Geeky references were in the past considered the epitome of uncool, but have now become hip -- even if one isn't being ironic.
1.6
Score
Popularity
Activity
Freshness
View Innovation Webinars