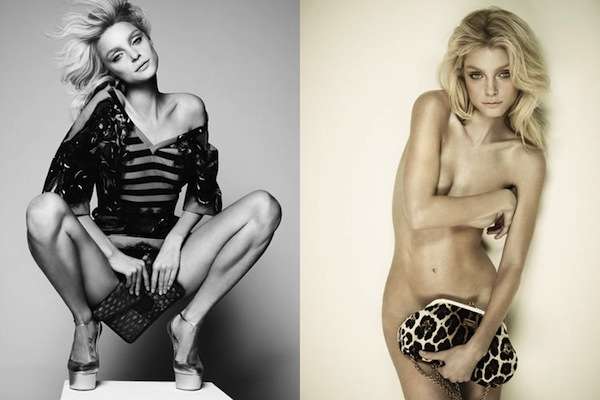 Peter Vallas — March 4, 2011 — Naughty
References: id-mag & sidewalkhustle
Graphic art and design bible I.D. Magazine has released some exclusive pics to their upcoming spring issues. Though the magazine focuses on art and design editorials, they do like to include some seductive spreads as well.

The latest I.D. Magazine cover spread features models Chanel Iman, Hilary Rhoda, Jes­sica Stam and Erin Was­son who are baring it all, yet trying to cover it up in a few shots. This alluring pictorial was shot by photographer Kayt Jones who was able to make this shoot playful and beyond provocative.

I.D. Magazine chose Pippa Vosper as the stylist for the shoot and gave the beautiful babes some creative couture in which they use to cover their lower regions, which makes this shoot both seductive and teasing.
4.5
Score
Popularity
Activity
Freshness