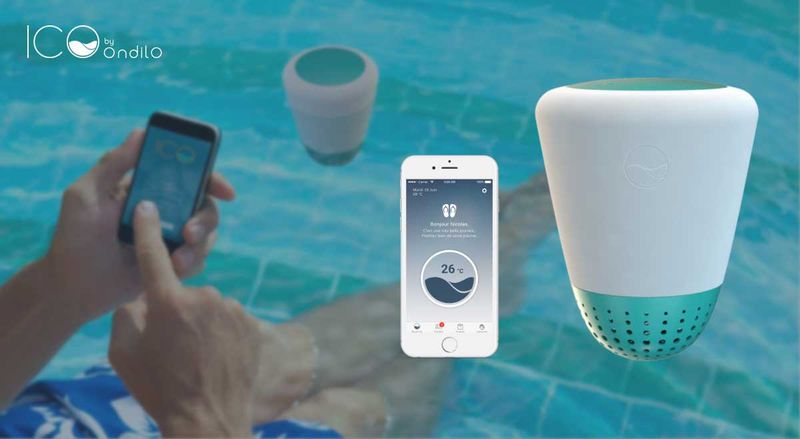 'ICO' Makes Maintaining Pools Easier and Was Debuted at CES 2017

Riley von Niessen — January 4, 2017 — Tech
References: ico.ondilo
Share on Facebook Share on Twitter Share on LinkedIn Share on Pinterest
'ICO' helps consumers to simplify the entire process of caring for their home pools. The service does this by utilizing a smart device that connects to consumer's smartphones through an app. After the device is dropped into the pool, ICO is able to offer frequent updates regarding the state and safety of the water.

The device incorporates a number of lab-grade sensors which give it the power to do so accurately, with these measuring temperature, pH, ORP, conductivity, salinity and more. When new data is received, it's automatically uploaded to the ICO Diagnosis cloud platform, where it's then analyzed so that customized advice can be offered to the consumer. In addition to the service that's offered to home pool owners, ICO also has an extended version that's better suited to pool professionals.
4.2
Score
Popularity
Activity
Freshness
Attend Future Festival