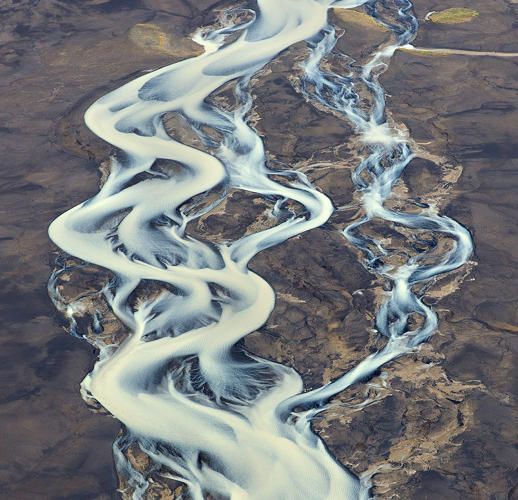 Meghan Young — January 24, 2014 — Fashion
References: andre.ru & fastcodesign
Share on Facebook Share on Twitter Share on LinkedIn Share on Pinterest
The smooth surfaces captured in the photo series titled Iceland Rivers by Andre Ermolaev, a fine art photographer hailing from Russia, seem impossible. In fact, a person might mistake the photos for paintings instead. The fluidity of the water looks like the stroke of paintbrushes and yet Mother Nature is perhaps the most acclaimed artist in the entire world.

A continuation of his Iceland series, for which he initially captured volcanic activity, Iceland Rivers by Andre Ermolaev is just as impressive. The breathtaking scenes were captures while riding in a Cessna aircraft. His first trip to Iceland, which New York Times placed on their 2013 list of 46 places to visit, was in 2010 and he has since traveled every summer to shoot more.
5.1
Score
Popularity
Activity
Freshness
View Innovation Webinars