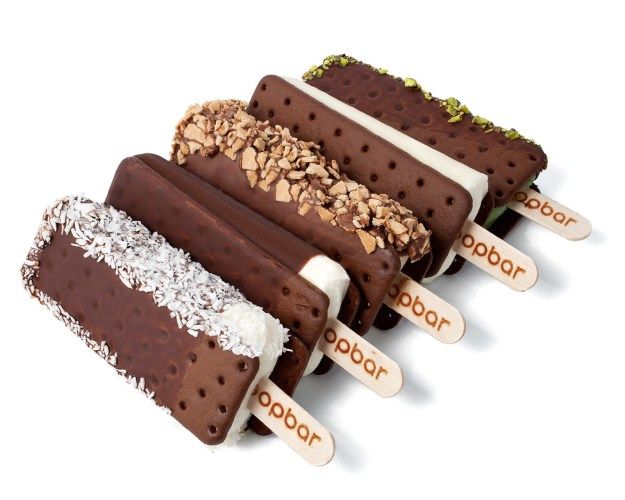 Popbar is Selling the First-Ever Gelato Sandwich, the 'popWich'

Rather than being made with ice cream, the popWich is a gelato sandwich on a stick. Varieties available from Popbar include Classic Vanilla, as well as other inventive types with flavors like green tea, passion fruit and tiramisu. To add texture and flavor to the unique ice cream sandwich desserts, Popbar dips some of the treats in dark, white and milk chocolate, and adds crunchy bits of coconut shavings, waffle cones, nuts, caramel corn and more.

For the creation of this new dessert, Popbar credits its customers, saying: "Brought to fruition by popular request, your new dessert goal owes its glory to the Popbar fan."
3.3
Score
Popularity
Activity
Freshness
View Innovation Webinars