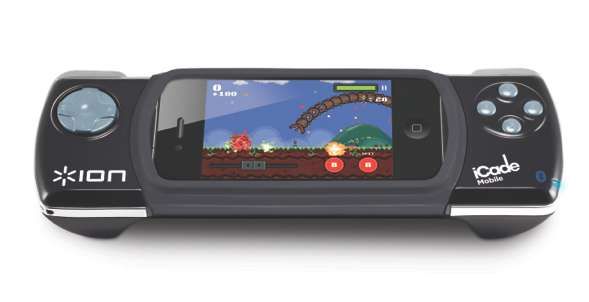 The iCade Mobile Will Make Your Cell More Fun

This device is shaped much like a Gameboy Advance, only there is a hole where the screen would be so that small iOS phone, iPhone or iPod can fit in. Bluetooth technology connects your gadget to the handheld console frame. Nintendo DSs and Sony PSPs have lost traction, but perhaps this is a new age of mobile gaming device -- we all have a phone anyway, so by tacking on this relatively cheap addition ($59.99) our smartphones have the potential of turning genius.

The iCade Mobile has a growing list of games for people to play, featuring arcade collections from companies like Namco, but it probably won't attract users who are content with Fruit Ninja and Angry Birds.
3.8
Score
Popularity
Activity
Freshness
Get Trend Hunter Dashboard