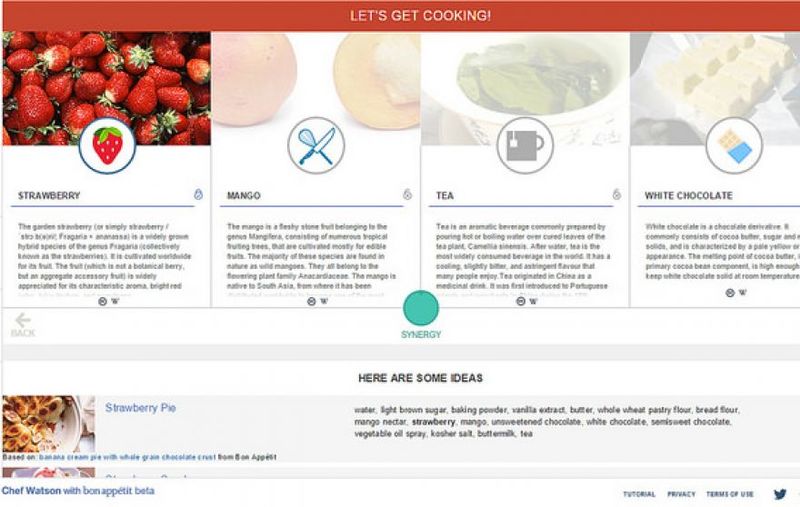 Through the IBM and Bon Appétit Chef Watson app, the public can now explore some of the creative 'Cognitive Cooking' recipes that the bot suggests. To make use of the online platform, a user begins by selecting just one ingredient. From there, Chef Watson begins compiling pairing suggestions. Working in collaboration with the smart supercomputer, users are able to add or subtract ingredients from Bon Appétit recipes to create a pleasing dish. IBM Watson is meant to enhance creativity in cooking rather than replacing a traditional chef, serving as a handy cooking aid and tool for food discovery.

As well as being able to sift through countless recipes online from the Cognitive Cooking robot's web app, Chef Watson now also has a cookbook.
3
Score
Popularity
Activity
Freshness
Get Better and Faster