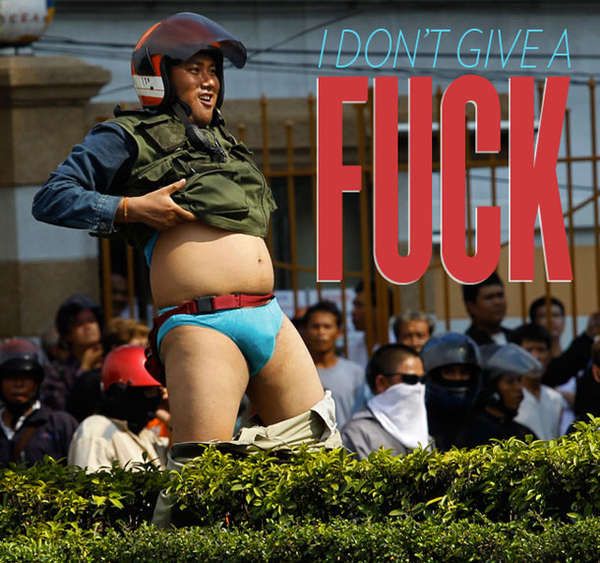 Tia Clarke — April 23, 2013 — Pop Culture
References: sobadsogood & designtaxi
Share on Facebook Share on Twitter Share on LinkedIn Share on Pinterest
Portland, Oregon-based creative director Ian Collins is the man behind this hilarious and highly random project. Let’s face it, there is a lot of bad news going around of late, so these re-captioned news images add a touch of lightness to proceedings.

The intercepted images, which range from the sublime to the ridiculous, will make you spit your morning coffee out. From the protester who is seen launching a missile at a building named ‘Zen World,’ to a highly random image of a man dressed up as some form of futuristic Indian chief with the caption “More of this. Less of everything else,” these images are equal parts hilarious and confusing.

Ian runs a blog entitled ‘The Big Caption’ which is dedicated to the art of adding text to completely random images from the news and media.
4.6
Score
Popularity
Activity
Freshness
Get Trend Hunter Dashboard