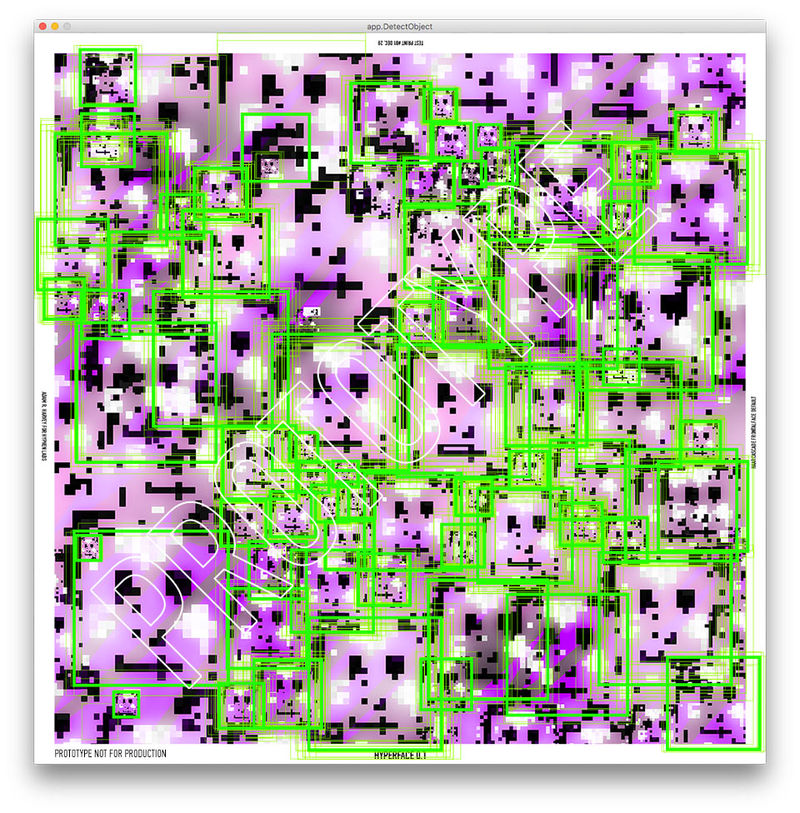 The HyperFace Project Uses a Complex Image to Fool Software

Joey Haar — January 4, 2017 — Tech
References: ahprojects & mashable
The HyperFace project is an art and science experiment being developed for Hyphen Labs' 'NeuroSpeculative AfroFeminism' at Sundance Film Festival. The project aims to address a privacy issue that has arisen and will continue to gain momentum in the future: the prospect of ubiquitous facial recognition technology.

For those who don't know, facial recognition software are computer algorithms capable of matching an image of a person's face to their identity -- effectively, a program that can automatically recognize someone's face. The privacy problems brought up by this technology aren't hard to foresee, with the potential for illicit tracking of people significantly raised should it become widespread.

As an alternative, the HyperFace project has developed a complex image that serves as camouflage for facial recognition. By "providing maximally activated false faces based on ideal algorithmic representations of a human face," the HyperFace image can distract software, letting people escape recognition.
6.8
Score
Popularity
Activity
Freshness