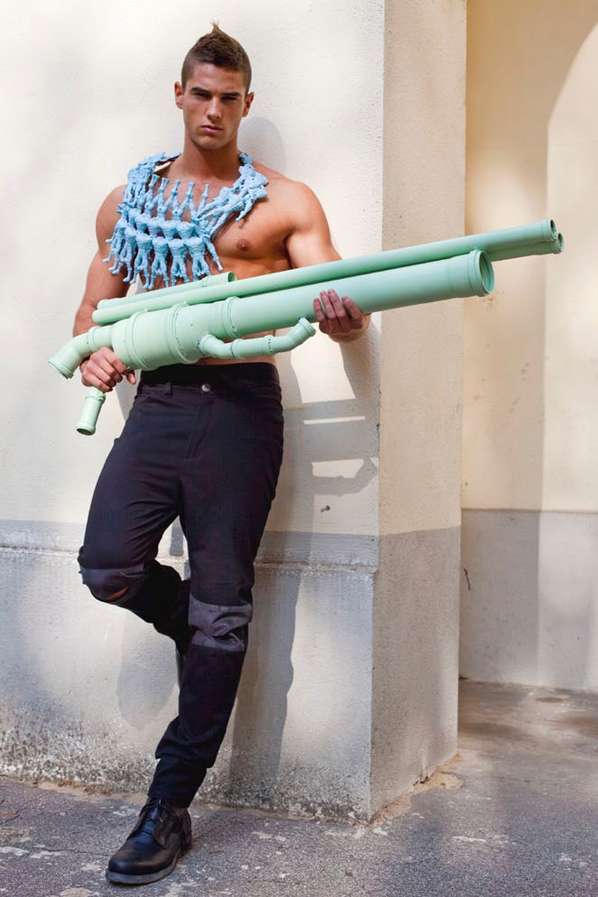 'The New Transformers' Shoot by Sam Scott Schiavo is Warrior-Inspired

Groomed by Alexandra Elena and outfitted by stylist Mirza Sprecakovic, the bazooka-wielding hunky models with their boy-next-door charm are spotted wearing mesh shirts, knits, plaids, jackets, robes, trunks and pants with military camouflage prints. Also seen on the two are very avant-garde pieces of head and neck-wear, which seem to be made of plastic toys from rifles and army troops assembled together.

'The New Transformers,' which was captured by Sam Scott Schiavo, has plenty of sexy military and warrior-inspired looks on which viewers can feast their eyes.
4.3
Score
Popularity
Activity
Freshness