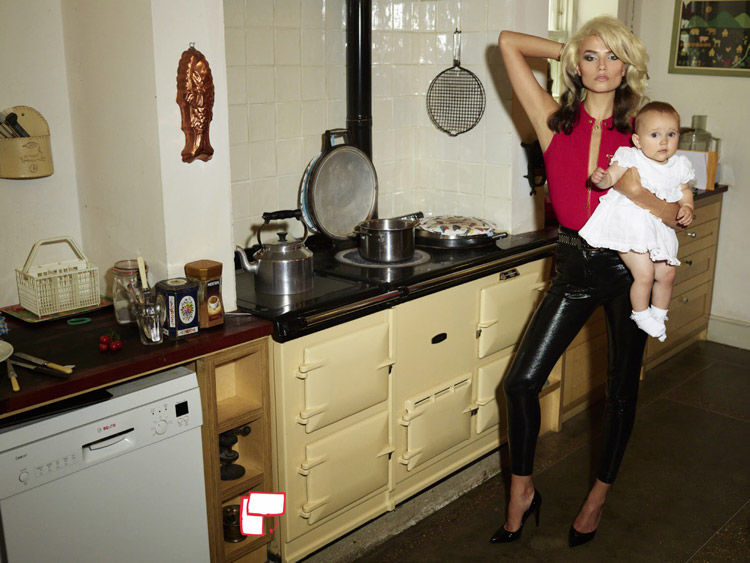 Photographer Cuneyt Akeroglu captures the story and works alongside wardrobe stylist Konca Aykan to bring its looks to life. In the exclusive, Natasha channels a hot housewife who dons a wardrobe of fur coats, leather pants and thing-high boots.

Her style can be described as a cross between a mob wife and a socialite. The Russian supermodel is lensed inside her modest home while posing with a baby in hand or with her family of sons but seems to have no husband in sight.

This housewife editorial for Vogue Turkey stays true to modern times and celebrates single moms who are unafraid to be fashionable while on a tight budget.
6.5
Score
Popularity
Activity
Freshness