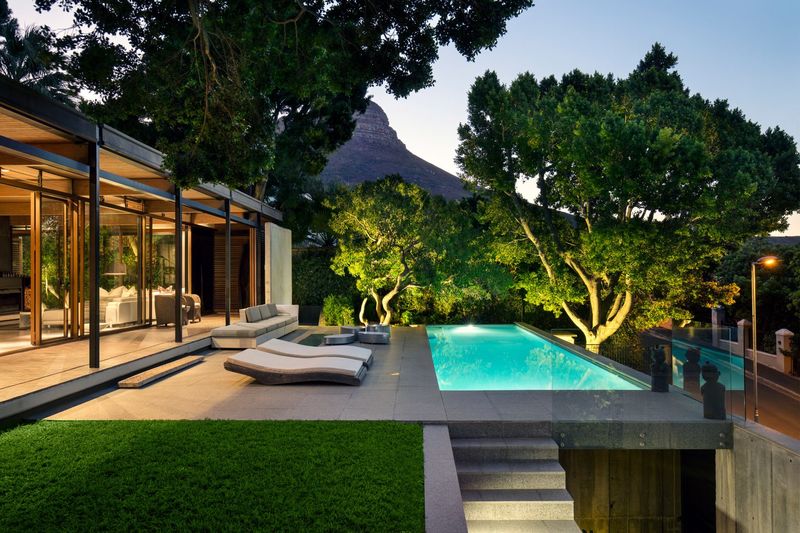 Joey Haar — December 27, 2017 — Art & Design
References: dezeen
For those who appreciate the history of architecture, the Mid-Century Modern style is one of the most celebrated, which is why houses like 'House Invermay' have been remade and repurposed for modern times. The home, which is located on an idyllic outcropping in South Africa's Cape Town, was originally built in 1969 by architect Gilbert Colyn as his personal home, but has since been refurbished by SAOTA for its new occupants.

To be sure, modern living is substantially different from the way that people lived in the middle of the 20th century. SAOTA, the architecture studio behind the refurbishing, opted to take out some of the unnecessary partition walls that broke up the flow of the space, making the ground floor a predominantly open concept space.
6
Score
Popularity
Activity
Freshness