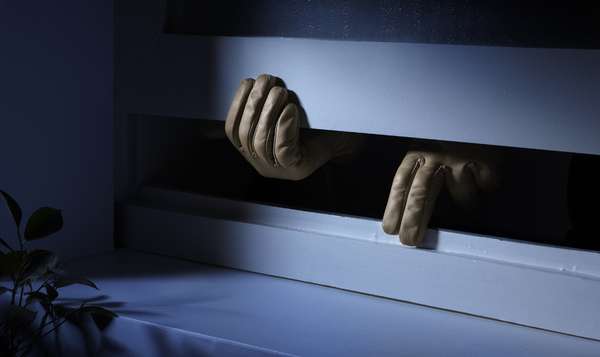 Meghan Young — August 28, 2011 — Pop Culture
References: alexisraimbault & behance.net
The is some mischief going on in the HORS-CHAMP editorial that will give its audience an uneasy feeling. Granted, this suspenseful shoot is quite beautifully photographed -- it's filled with dramatic framing and lighting -- not to mention the trespassing theme itself. Yet what makes the HORS-CHAMP editorial most suspenseful of all is the cliffhanger ending. Nothing is resolved one way or another, leaving the viewers wondering what happens forever.

Shot by Paris-based photographer Alexis Raimbault, the HORS-CHAMP editorial appeared in Pilot Magazine. Centered entirely on closeup shots, the spread is accompanied by only one line, "If only you could see what I've seen with your eyes," which cases a wave of wondering to rise again.
0.6
Score
Popularity
Activity
Freshness