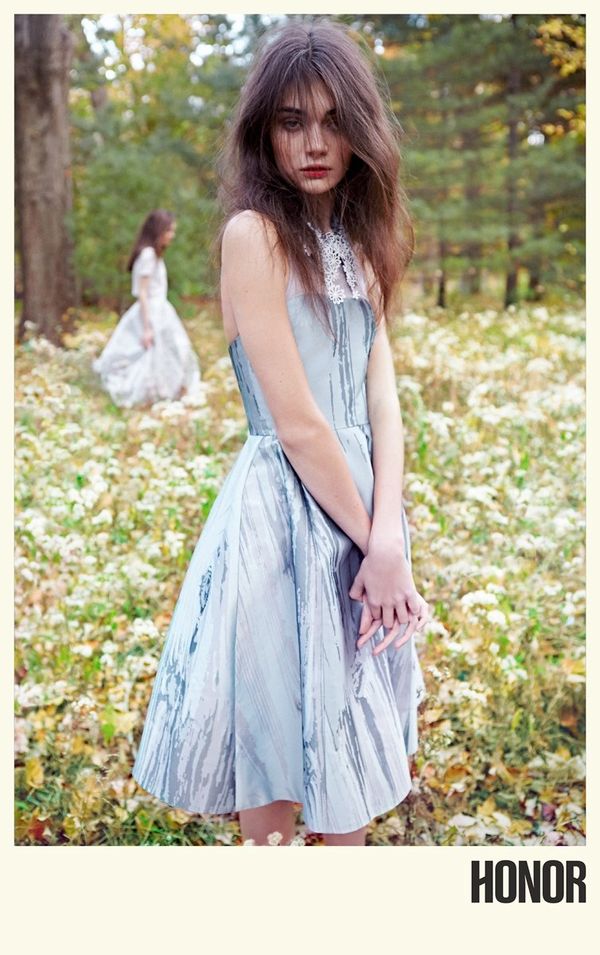 Meghan Young — February 6, 2014 — Fashion
References: honornyc & fashiongonerogue
The Honor SS14 ad campaign is full of enchanting scene after enchanting scene, which embraces the fairy tale-like designs that make up the New York City-based collection. Designed by Giovanna Randall, the Honor SS14 line is full of feminine whimsy as though they were channeling Alice. Coming out of Wonderland a chic young woman rather than the little girl she went in there as, the looks are made for modern minds with quaint hearts.

Shot by noted photographer Yelena Yemchuk, the Honor SS14 ad campaign stars Ukrainian model Antonina Vasylchenko. The brunette beauty was styled by Leith Clark in the dreamy and romantic dresses that are full of texture and bright with pastel colors. The looks in the Honor SS14 campaign are perfected with a teased coif, red lips and bold brows.
5.8
Score
Popularity
Activity
Freshness