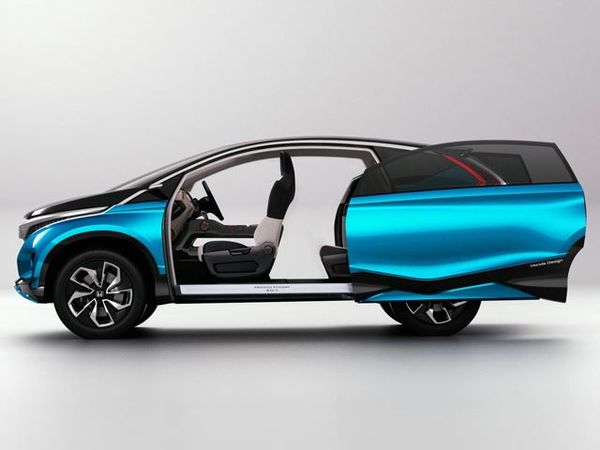 Michael Hines — February 6, 2014 — Autos
References: honda & carbuzz
Share on Facebook Share on Twitter Share on LinkedIn Share on Pinterest
Don't expect to see the Honda Vision XS-1 hit the road anytime soon. For starters, the car is just a concept. Oh, and it was unveiled at the 2014 New Delhi Auto Expo. That means that, should it ever go from concept to reality, it'll most likely be sold strictly in India and Southeast Asia.

That's a shame, because the Honda Vision XS-1 looks like it would appeal to Americans. The crossover seats seven and has a unique two-door setup where both doors slide backwards, like a van. This means plenty of room for everyone to hop in back, but it could prove irritating should only one or two people be going for a drive. India is one of the world's major emerging auto markets, so its like that more concepts like the Honda Vision XS-1 will be designed strictly for the Indian market.
2.3
Score
Popularity
Activity
Freshness
Get Trend Hunter Dashboard