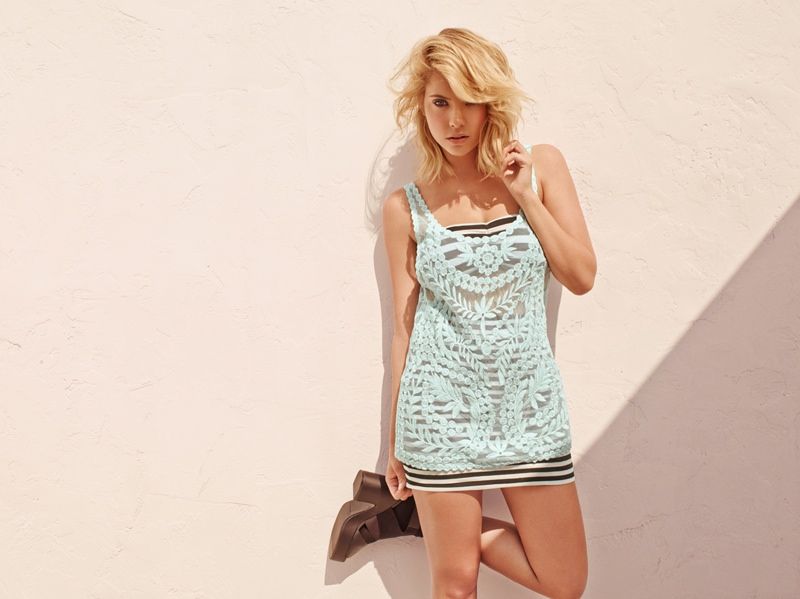 Farida Helmy — July 5, 2014 — Fashion
References: hm & fashiongonerogue
Share on Facebook Share on Twitter Share on LinkedIn Share on Pinterest
Looking retro, playful and the complete opposite of her character on the television series 'Pretty Little Liars,' actress Ashley Benson stars as the new face of the H&M Divided campaign that was recently released. The Swedish retailer pairs up with a sweet and understated-looking Benson wearing a white flared skirt and sweater in the ads.

Dressed in flouncy skirts, neoprene and cropped tops, Benson looks young and hip in the funky and urban-looking collection. Showing us what to wear and how to wear it this summer, the H&M Divided campaign does a great job highlighting the hottest new looks of the season.

“I love to dress down and be comfortable, but I also love a good chance to get dressed up,” says Benson.