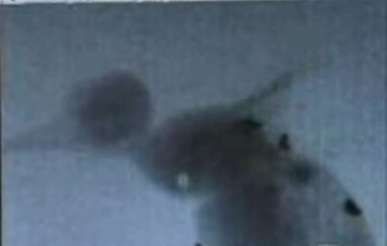 ‘Time Warp’ hosts Matt Kearney and Jeff Lieberman are obsessed with high-speed photography. Their drive, in the case of filming a hummingbird feeding, was to discover how exactly they do so while remaining stationary. High speed photography combined with x-ray photography allowed them to do so.

To my surprise, the biggest factor in a hummingbird’s ability to have their head remain stable while eating is the nectar.  The nectar does not immediately go to their stomach, but rather a reserve tank between their shoulders and head.  The fluid works as a pump for their wings and holds the hummingbird’s head still, allowing it to take in its sweet, delicious and nutritional food.

For those who may protest the hummingbird being the unwitting star of this ‘Time Warp’ segment, don’t worry, our fowl friend was captured humanely and x-ray exposure was minimal--or at least, so they say.
3.9
Score
Popularity
Activity
Freshness
Attend Future Festival

Thought X-Rays
Everything That's in your Head Ad