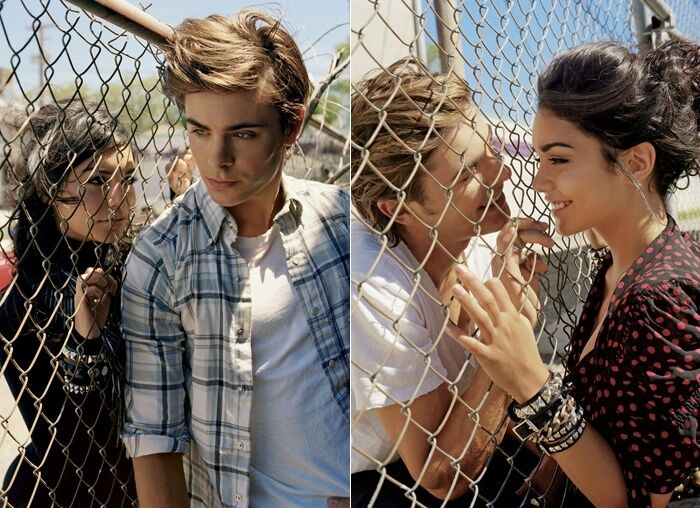 Ayman — August 2, 2008 — Pop Culture
References: elle
Share on Facebook Share on Twitter Share on LinkedIn Share on Pinterest
The stars of the hugely successful High School Musical, Vanessa Hudgens, Zac Efron and Ashley Tisdale get the 'Grease' treatment in a cool photo shoot by photographer Tierney Gearon. The nod to the original teenage musical is featured in the September 2008 issue of Elle magazine. Grease was released exactly 30 years ago.

The teenage icons were styled by Kate Lanphear in Grease-style fashion and with retro hair dos. While the three of them looked good, Zac Efron stole the show and delivered the best poses and images.

The accompanying piece, which is written by Andrew Goldman, explores what makes a successful teenage musical. He also predicts that Efron will be a breakout star thanks to a 'magnetic quality' that elevated the likes of Warren Beatty, Brad Pitt, Will Smith, and Justin Timberlake.