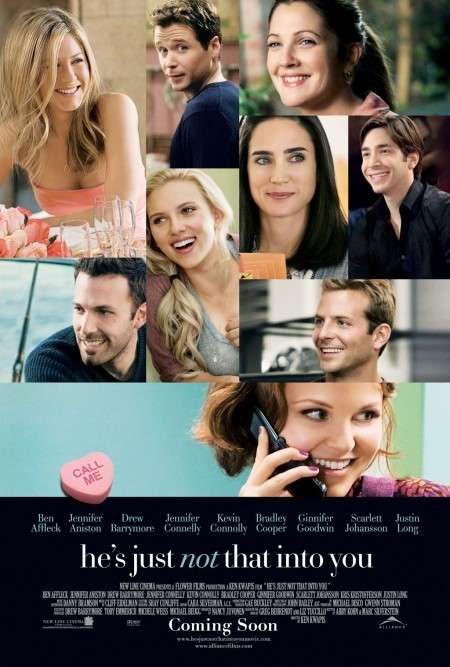 'He's Just Not That Into You' Stars Jennifer Aniston, Jennifer Connelly

"The film is based on the bestselling book of the same name, which was written by former 'Sex and the City' writers Greg Behrendt and Liz Tucillo, and is about modern day relationships and how men and women often misconstrue the intentions of the opposite sex," CinemaClock explains.

The movie is expected to hit theaters February 6, 2009.
1.3
Score
Popularity
Activity
Freshness
Get Better and Faster