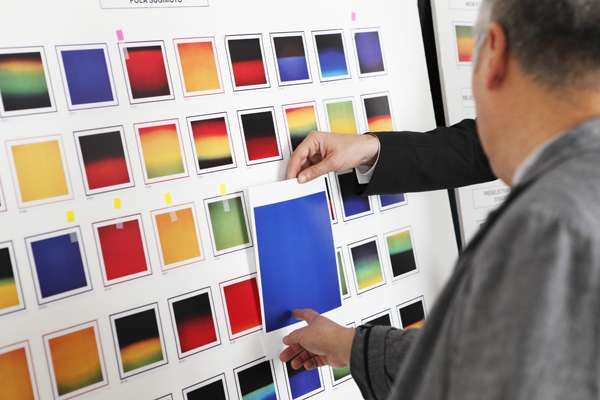 The Hermes + Hiroshi Sugimoto Collection is Created by Obsolete Film

Romina S. Cortellucci — July 5, 2012 — Luxury
References: editeur-en.hermes & highsnobiety
Share on Facebook Share on Twitter Share on LinkedIn Share on Pinterest
The Hermes + Hiroshi Sugimoto Collection is inspired by Polaroid film. This is the third installation of the Hermès Editeur project, with the previous two partnering the French Fashion house with Daniel Buren and Josef Albers. This installment collaborates with the Japanese photographer Hiroshi Sugimoto, whose work often deals with expanding human perception by focusing on abstract concepts.

On the Hermes website, Sugimoto states he, “decided to use virtually obsolete Polaroid film to photograph the spans between colors.” The collection has produced a limited edition of silk scarves, each of them containing and ink jet prints of Polaroids taken by Sugimoto. The images uses the artist’s own book ‘Colors of Shadow’ as inspiration and depict various color gradations.

With only seven of each design produced, the luxurious scarves all measure at 56″ x 56″ and will costs approximately $8,800 US.