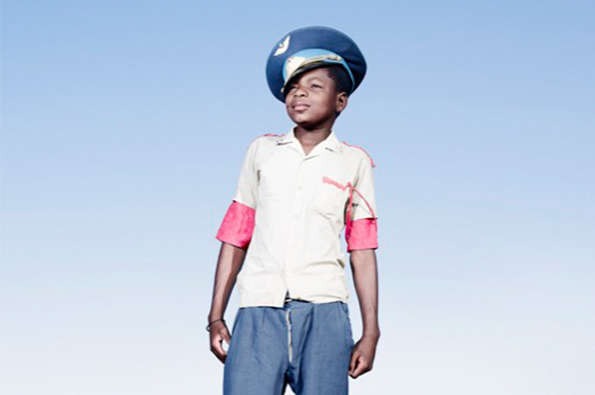 Hereros by Jim Naughten Depicts a Distant Past Through Costume

Meghan Young — January 10, 2013 — Fashion
References: jimnaughten & itsnicethat
Share on Facebook Share on Twitter Share on LinkedIn Share on Pinterest
The photo series titled Hereros by Jim Naughten, an artist living and working in London, England, is a blast from a very distant past. Clad in ceremonial garb re-appropriated from their former colonial time, Hereros tribe members pose regally in the hot sun. Whether it is a soldier's outfit or a damsel's dress, the men and women are transported to another era in a very concrete way.

Shot on location in the world's largest desert, South Africa's Namibia, Hereros by Jim Naughten could easily be mistaken for images captured during the early 20th century. Not intended as documentary photographs, the participating individuals have been purposely shot away from their domestic settings in order to full focus on the garments being worn.
2
Score
Popularity
Activity
Freshness
Get Trend Hunter Dashboard