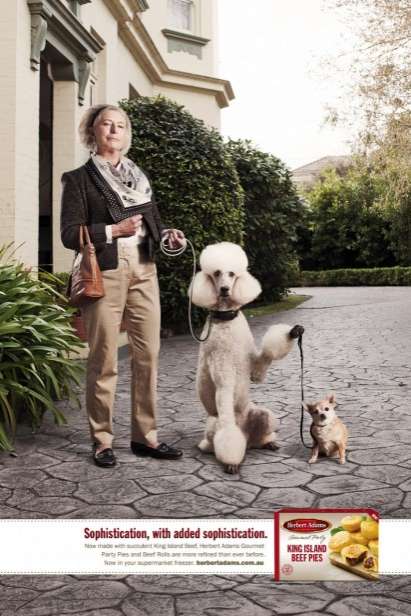 Meghan Young — October 12, 2011 — Lifestyle
References: patties.au & ibelieveinadv
Share on Facebook Share on Twitter Share on LinkedIn Share on Pinterest
The Herbert Adams ad campaign is hugely clever for a number of reasons. First of all, it has all of the refinement that the ad is advocating. Secondly, it has a touch of cuteness that will reel in those who look for that dose of "awww" in their day. And thirdly, it is hilarious, reminding potential customers that Herbert Adams isn't actually for the aristocratic, but for us average folk who still manage to appreciate the finer things in life.