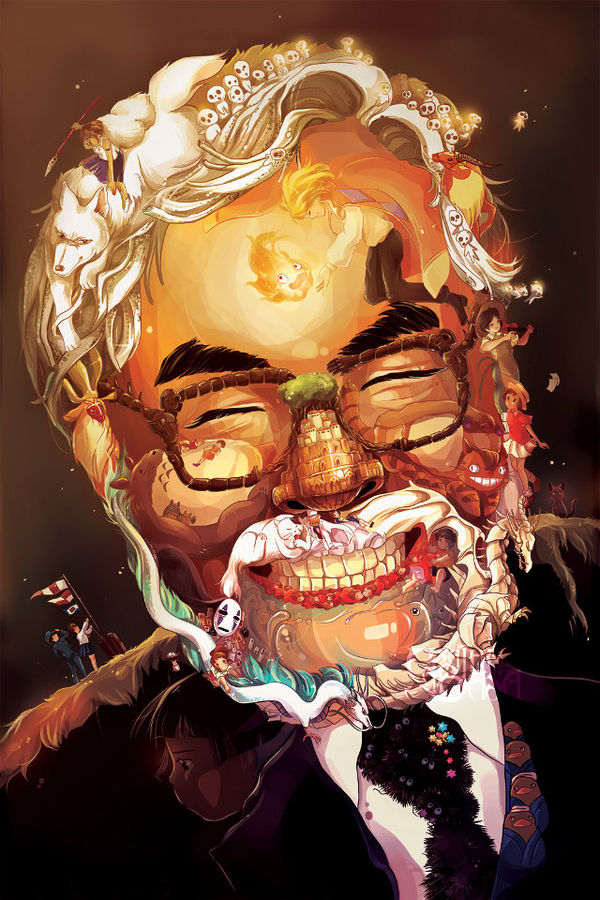 Angela Rajic — February 10, 2014 — Pop Culture
References: c3nmt.deviantart & geekologie
This Cleverly rendered Hayao Miyazaki Portrait by DeviantArt user C3nmt uses the famed animator's own characters bring the picture to life. Miyazaki’s features are filled in using his own creations, from Princess Mononoke in his hair to Chihiro, Haku and a No-Face from Spirited Away in his beard.

Miyazaki’s studio, Studio Ghibli, is world-renowned for its collection beautiful anime films, and Miyazaki himself is often compared to Walt Disney. This Hayao Miyazaki portrait is a loving tribute to the animator and the wondrous worlds and characters he has brought to life so expertly throughout his career. The picture will be a treat to fans of his films who will enjoy spotting and identifying each of the characters and films used.