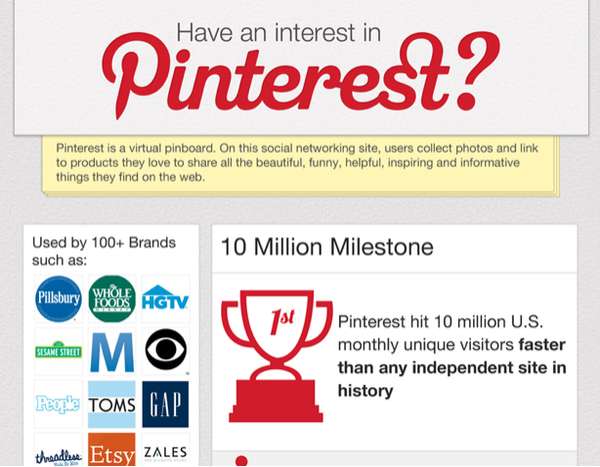 'Have an Interest in Pinterest' Analyzes the Site's Success

Created by Lemon.ly for Sandbox, the illustrated graph shows how quickly the virtual pinboard site has risen to popularity, reaching 10 million U.S. unique visits per month -- which is faster than any other "independent site," including Facebook. The premise for the site is simple, but can be a powerful marketing tool for companies and celebs, as it allows users to quickly and easily share a photo or link to a product, article, or even a cooking recipe.

While Twitter and Facebook are commonly used to send links, photos, and videos, Have an Interest in Pinterest shows that an even more direct way of saving and sharing your favorite content is now available, and is already a huge hit -- but be warned, it's also highly addictive!
4.1
Score
Popularity
Activity
Freshness
View Innovation Webinars