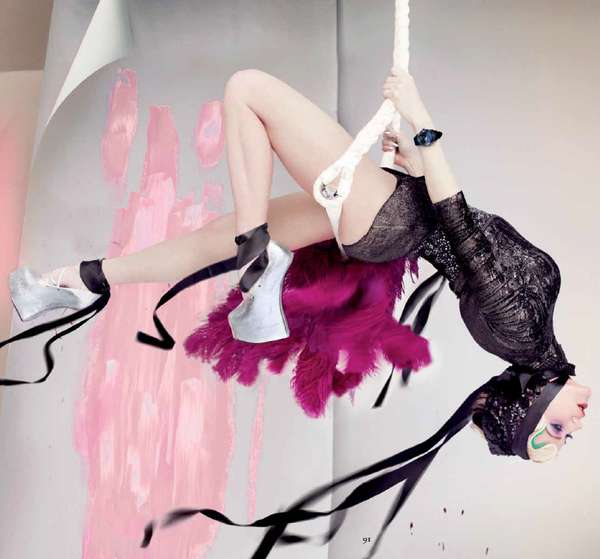 Meghan Young — November 6, 2012 — Fashion
References: hauteliving & fashionologie
The Haute Living Miami October/November 2012 cover shoot explores the creativity of Daphne Guinness, artist, muse and heiress to the Guinness Family. A staple in the fashion industry, she shows off her eccentric style in feminine futuristic ensembles that appeal to be more wearable art than ready-to-wear outfits.

Shot by photographer Nick Knight, Haute Living Miami October/November 2012 interview, which accompanied the cover shoot, began with a philosophical discussion about the concept of time. Guinness poses the abstract question, "In what time are we? Are we in space time?" To which she later reveals, "The idea of art and time is something that is perceived and Nick and I worked organically to show that you can do many things." This discussion is appropriate considering the photoshoot showcases Roger Dubuis's Velvet collection.
3
Score
Popularity
Activity
Freshness