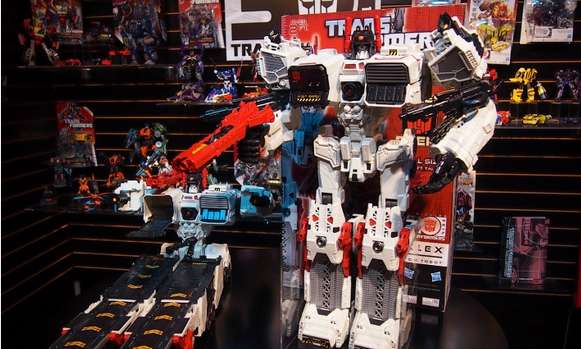 Meghan Young — February 13, 2013 — Life-Stages
References: hasbro & dvice
Share on Facebook Share on Twitter Share on LinkedIn Share on Pinterest
The Hasbro Metroplex is being touted as the largest convertible toy ever put on the market. At two feet tall, it does dwarf all other 'Transformers' toys. In fact, the Hasbro Metroplex is so big it required an acrylic stand when displayed at the New York Toy Fair. Considering that this cartoon character is depicted as massive compared to other Autobots, which is only natural since it is the living embodiment of Autobot city, of course the toy company would want to convey its gargantuan size.

More than that, the Hasbro Metroplex has three modes: robot, vehicle and city. In addition to the usual lights, sounds and various compartments that open, the Hasbro Metroplex uniquely boasts articulated pupils. Available in the fall, it will come in a box fit for collectors.
3.4
Score
Popularity
Activity
Freshness
Jeremy Gutsche Keynote Speaker