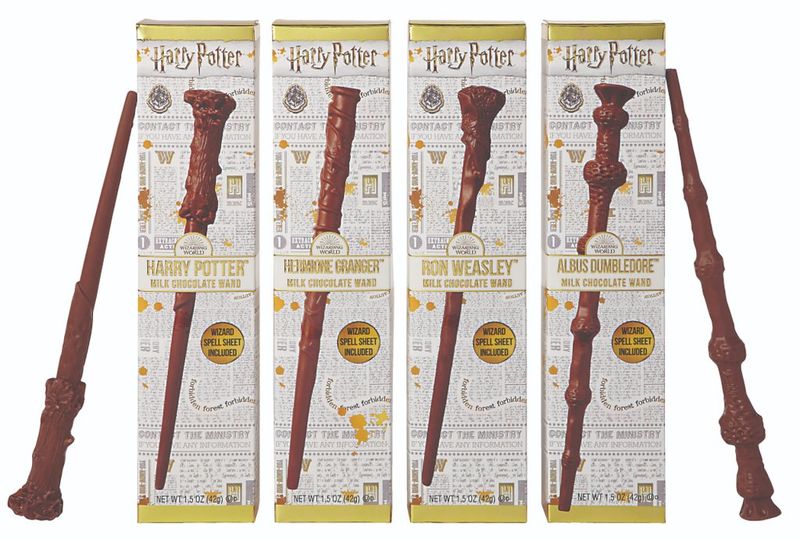 Katherine Pendrill — July 26, 2018 — Pop Culture
References: news.jellybelly & popsugar
Share on Facebook Share on Twitter Share on LinkedIn Share on Pinterest
In honour of the 20th anniversary of 'Harry Potter and the Sorcerer's Stone,' Jelly Belly is launching a collection of magical new Harry Potter treats. But instead of the usual mix of Bertie Bott's Every Flavour Beans, the new collection goes a step further with chocolate wands, candy house crests, and chewy gummy creatures.

As of October 1st, fans of the iconic series can get their hands on a whole new set of Harry Potter treats. A clear standout from the new collection is the chocolate wands modeled after those used by Harry Potter, Hermione Granger, Albus Dumbledore, and Ron Weasley. Each one is paired with sheet of spells so that fans can recreate their favourite scenes from the book, while also indulging in a delicious treat.