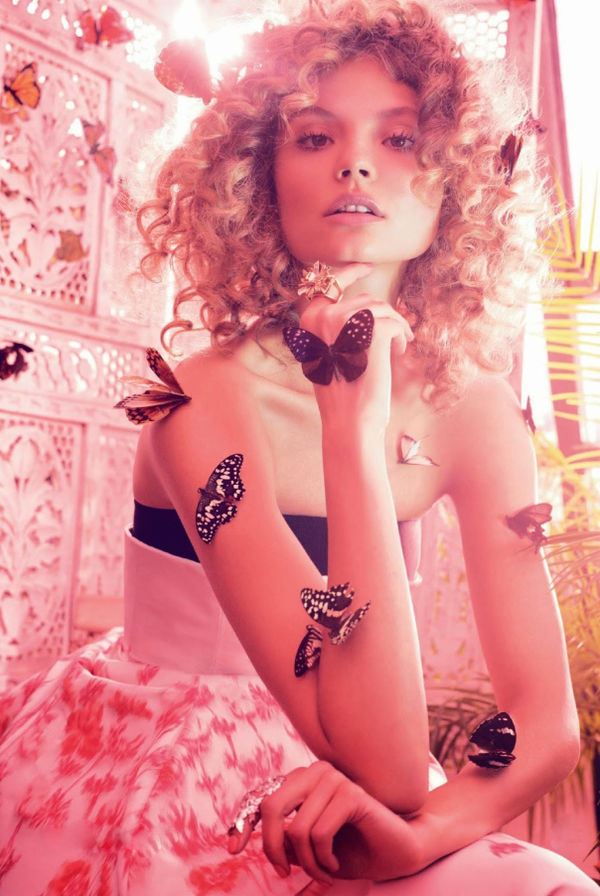 Vasiliki Marapas — May 6, 2014 — Pop Culture
References: harpersbazaar & wearesodroee
Magdalena Frackowiak stars in the 'Madame Butterfly' editorial for Harper's Bazaar UK June 2014 issue. Originally a short story by John Luther Long, 'Madame Butterfly' is a tragic tale of heartbreak and woe. However, Frackowiak looks the furthest thing from a woman scorned in these images. In fact, she appears to be particularly jovial and lighthearted as she passes time in a well-lit greenhouse.

The fashion editor styled Frackowiak in bright prints, lace and tulle gowns and prettily embroidered frocks. The highlight of the shoot is the bevy of butterflies that float around Frackowiak, caressing her fingertips and the top of her head. Alexi Lubomirsk photographed Frackowiak and her winged friends in romantic, soft-focus lighting.

Frackowiak looks so irresistibly lovely in the Harper's Bazaar UK June 2014 issue and will definitely give you butterflies.
5.3
Score
Popularity
Activity
Freshness